Switching on energy efficiency in the datacentre

Switching on energy efficiency in the datacentre

Read all about Datacentrix and Smart Integration’s input on improving energy efficiency within the datacentre in a recent Brainstorm Magazine feature.

The global movement to become carbon-neutral is gathering momentum while the demand for power-hungry datacentres continues to grow. How, then, do we solve this situation? 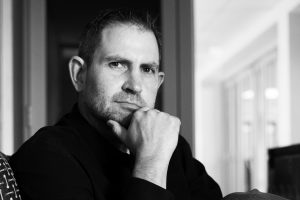 While the hardware used in datacentres is becoming increasingly energy-efficient, and the practices undertaken therein are aimed at energy reduction, the demand for more data on more devices is growing exponentially. So says Glenn Noome, director at Smart Integration, an Ulwembu Business Services company. He adds that we now have IoT devices creating their own data, and AI creating responses to that data, which increases the need for datacentres even further. “To address this, we definitely need to keep the focus on energy-efficient equipment and practices, as well as renewable energy as a substantial part of energy creation.”

This is placing a major emphasis on controlling and decreasing emissions and reducing the carbon footprint, adds Louis van den Berg, consultant at Datacentrix, as most legacy datacentres don’t really have the capability to handle new volumes and complexities. “The emphasis now is on moving to co-located services and harnessing cloud technology, using virtual machines and hyperconvergence to provide processing power.”

He says datacentres have become an indispensable part of computing infrastructure, particularly with cloud and co-location options. “This is an excellent starting point for industry to transition towards more environmentally friendly energy management practices, particularly when you consider the abundance of potential renewable energy sources, like wind and solar, in SA. Many of the newer Tier 3 and 4 datacentres make use of solar or wind power, or utilise a hybrid energy solution.”

According to Monique Hart, senior systems engineer at VMware SSA, climate change is a significant challenge facing organisations today, affecting all aspects of the economy and society. Companies must play a bigger role in decarbonising the economy and building resilience to the climate impacts their operations might have. “However, this calls for systemic change, which necessitates collaboration among all stakeholders. Businesses need to speak with one voice to address sustainability challenges head-on.”

Since historically much of the country, outside of the cities and urban areas, has been underdeveloped, and has had little access to basic services such as electricity and water, datacentres have typically been established in urban nodes or city centres to ensure access to basic infrastructure, adds Craig Blankers, regional director, WSP in Africa. “This is no different in the current market boom and there are a number of market players investing in new build datacentres in economic hubs like Johannesburg and Cape Town. However, given the existing strain on the power grid and supply interruptions caused by downtime, for maintenance or due to loadshedding, many owners are turning to alternative resources to power their datacentres. While renewable energy from rooftop solar PV panels can be incorporated into a build and provide opportunities to offset some reliance on the local grid – for example, to power supporting services like an office building on the same site – the power contribution from a rooftop solar micro-grid wouldn’t be sufficient to meet the demand of a power-hungry datacentre.”

A datacentre built around core sustainability principles is not only modern in today’s context, but future-proof by design.
Craig Blankers, WSP

In an age of loadshedding, it’s critical for datacentres to reduce their dependency on the grid. According to Noome, datacentres need to have built-in redundancy, so backup power by generators and batteries is non-negotiable. “These, however, need to be assisted by renewable energy, which is used for charging the batteries. The size of these batteries also becomes critical, as datacentre space is extremely limited and expensive. In addition, finding sufficient space for solar panels can be difficult, as you need a big enough area for the number of panels required to charge the batteries or power units directly.”

Blankers says there’s increasing interest in alternative energy solutions that are made up of a tri-generation plant using natural gas to power the datacentre when off grid, with diesel generator backups for downtime periods. It’s therefore important to secure a site in a hotspot area with access to gas lines to ensure a consistent supply.

However, following trends from other markets, being able to invest in a renewable energy plant and micro-grid, such as solar or wind power that feeds the datacentre directly, opens up new opportunities to establish datacentres in more remote corners of the country. Such areas can provide access to a self-sustainable supply of a renewable energy source, while also boasting cleaner energy use and improved carbon reduction.

It’s becoming more prevalent now for solar and wind farms to generate energy, which are reliant on location as to whether it would be for wind or sun, says Noome. With energy regulations recently easing to allow energy creation by companies for their own use, there will likely be a significant increase in solar and wind to generate electricity. There have been many manufacturers entering this market recently, so finding quality products is essential for a return on investment. This refers not only to solar panels, but inverter and battery quality too, which means a longer term of service to increase the payback. The warranty period on different batteries has a massive impact on ROI. Furthermore, reputable installers must be used, and protection from possible power surges or lightning strikes has to be taken into account.

South Africa is in a fortunate position for wind and solar energy, adds Van den Berg. “At the coast in particular, a lot of wind is generated, making this an ideal area for wind farms. In Gauteng and the Northern Cape, we have access to ongoing solar energy, as well as huge open areas for the building of solar farms. The recent announcement by President Ramaphosa, whereby companies producing excess power will be able to sell it through the transmission network, subject to agreements with Eskom and municipal authorities, is also a favourable incentive for local energy entrepreneurs.”

Standards in a changing world

Being sustainable isn’t without its challenges. In the past, it was fairly easy to follow the stringent practices within a datacentre, but now, with the massive demand and numerous competitors trying to enter the datacentre space, it’s more difficult to hold companies accountable to these practices, says Noome. Also, technology is changing rapidly, so organisations need to have dedicated people to stay ahead of the technology curve. When it comes to formulating an energy management strategy, he says the first step to take is creating a baseline, which will allow businesses to determine where they stand currently, and what’s consuming their power. “With this information, you can then generate a plan for your energy management strategy. One part of this would be automating your datacentre, measuring environmental effects, optimising energy usage from reports gathered, and automating events. The next step is to create an energy redundancy plan. Most importantly, keep measuring and adjusting as the facility transforms. A facility is an always-changing environment, due to the electronic equipment, so monitoring and adjustment is critical.”

You can’t manage that which you don’t measure, agrees Blankers. The power usage effectiveness (PUE) metric has become a de facto industry standard for measuring energy efficiency in a datacentre. To this end, datacentres need to deploy heating, ventilation, and air conditioning (HVAC) technology that will deliver a low annual average PUE. Incorporating free cooling, free heating (from heat rejection that can be directed from the datacentre itself to heat up adjacent spaces like offices), and specification on the efficiency of operating equipment in the HVAC designs lowers the annual energy utilisation and drives down the annual average PUE. Another strategy to increase datacentre efficiency entails widening the internal temperature and humidity range, and performing upfront planning to ensure ease of maintenance.

Beyond improving PUE of the datacentre, we need to take into account improving the power usage of IT equipment. This can be accomplished by lowering the payload power that it requires, 60% of which is consumed by servers. Therefore, increased efficiencies can be realised by cleaning up server workloads and eliminating unnecessary usage, virtualising more workloads and replacing older and less efficient servers. Additionally, another energy management strategy entails optimising physical datacentre space, particularly for datacentres that were built before server virtualisation became commonplace. Less space needed equates to less cooling and thus power savings.

Even though optimising datacentre power use is a top priority, it’s becoming increasingly difficult to do as power becomes a larger percentage of ongoing datacentre costs, says Hart. Gartner estimates that ongoing power costs are increasing at least 10% per year due to cost per kilowatt-hour (kwh) increases and underlying demand, especially for high power density servers. In fact, power is likely to constitute 15% of datacentre opex within five years. “Datacentre managers must lower the amount of power to IT equipment that is required.”

When it comes to making powering datacentre as efficient as possible, Van den Berg says optimising certain operations and processes, such as using temperature control by way of a hot and cold aisle strategy, will create greater temperature efficiencies. “It’s also important to look at what the environment can provide. For instance, the use of cold water in a place like the Free State, where the water of the Sterkfontein Dam could be used not only to generate hydropower, but also for cooling your datacentre.”

Blankers says that while currently there’s not a set of industry standards for building ‘green’ datacentres, with the global shift towards net zero carbon, we can anticipate that such standards and expectations will become a reality in the datecenre industry of the future, as they have elsewhere. This places more emphasis on the role of architects and consulting engineers to continue to generate alternative and operational cost-efficient designs to reduce energy consumption, reduce carbon emissions and improve the overall operational efficiencies of new datacentre projects.

“To fully embrace the opportunity that the digital era holds, we need to rethink how we design, build and operate datacentres,” says Blankers. “A datacentre built around core sustainability principles is not only modern in today’s context, but futureproof by design. And this not only makes good operational business sense, but also aligns with responsible corporate citizenship and meeting environmental, social, and governance practices.”

VMware’s Monique Hart advises that with 60% of the payload power being consumed by servers, companies must consider taking the following actions:

• Clean up and eliminate unnecessary workloads
• Consolidate virtual machines
• Virtualise more workloads
• Eliminate those servers that are powered, but not performing useful actions
• Replace old servers with newer ones

Even though modern alternatives require time and investment, they typically generate a good return in terms of PUE ratio improvement and savings, she says. When building a new datacentre, it will be worth considering a modular design that breaks down the datacentre into individual units. These can be continually refreshed as part of a more flexible and organic design. Datacentre cooling can also be optimised, as isolation structures can be used to house the datacentre equipment generating the most heat, and funnel it out of the datacentre, or use it to heat other parts of the building.

DRAWING UP A STRATEGY

What are the steps to take when formulating an energy management strategy?

Louis van den Berg, Datacentrix, says the first step is to set up a sustainability strategy, outlining which approach you’ll use – be it hybrid, solar, or wind.

Next, contracts must be negotiated with the National Energy Regulator of South Africa and Eskom to establish power to be sold back to the grid, or perhaps used to power other datacentres or even office parks.

If you decide against setting up your own green energy farm, you could look at which service provider you would purchase green energy from.

From here, start monitoring carbon emissions to see what is more financially viable.