Two Rivers Platinum, a large underground platinum mine located in Steelpoort, Limpopo, has made great strides in setting up a reliable underground Wi-Fi network, providing wireless services to the rock face and full wireless coverage from the face to the tipping area. 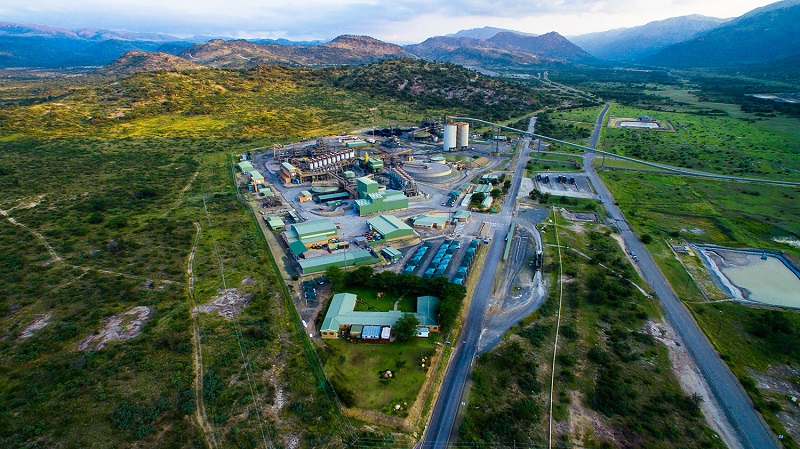 Two Rivers Platinum, a large underground platinum mine located in Steelpoort, Limpopo, has set up a reliable underground Wi-Fi network, providing wireless services to the rock face and full wireless coverage from the face to the tipping area. Photo by DataCentrix

This marks the first time in 15 years that the organisation has seen consistent communications from deep within the mine, while realising the benefits to be gained via location-based services, such as the remote monitoring of its underground fleet and real-time location data, as well as information on the health status of these vehicles.

A fully mechanised underground platinum mining operation that employs over 3200 employees, Two Rivers is a joint venture between African Rainbow Minerals (ARM) (54%) and Impala Platinum (46%), which is managed by ARM.

According to Two Rivers’ business leader, JJ Joubert, one of the mine’s overriding strategic objectives is to achieve efficient operations, underpinned by the support of technology. However, due to the complex environment, where challenges include the density of the rock, establishing a stable underground communication network at Two Rivers has been difficult.

“The use of Wi-Fi communications underground is not new in terms of large mining setups, but our mine specifically is comprised of narrow, dense tabular rock. This posed a unique obstacle for Two Rivers, since many communications networks, like radio-frequency identification (RFID) technology, require line of sight to be effective. This lack of visibility meant that eLTE connectivity was not a viable option either.”

From a safety perspective, Two Rivers already had several underground communications measures in place, such as two-way radios and Bluetooth tracking, enabling early communication in the case of an emergency, but the previous system’s setup was at a fixed point, some distance away from the operating face of the mine.

This meant that to make a simple emergency call, an employee might have had to walk back quite a distance to reach the comms point to inform mine management of any urgent issues or specific needs.

Furthermore, administration within the mine was historically heavily paper-based, adds Reynard Cronje, IT Coordinator at Two Rivers.

“The miner would go underground and complete the paper requisite forms, which were then only returned to the surface at the end of the shift. This meant that the mine could only respond to information after the shift had been completed. And with our equipment upgrades over time to smart machinery, with the ability to communicate, we needed a network that could facilitate this close to the face.”

“Data is power,” Joubert continues. “And access to data empowers you to make immediate decisions based on real-time information. This has a significant impact on costs for a mining operation and provides endless opportunities in terms of automation with other equipment throughout the business.

“Live condition monitoring is critical for mining operations. If you can access real-time data on operations, equipment and machinery and respond timeously to this, you can make informed decisions based on the trends uncovered by this data.

”Therefore it was important that we introduce live condition monitoring and a live information feed from our smart machines and people underground.”

“Our Wi-Fi dialogue with Datacentrix, an established preferred IT partner of Two Rivers, started as a casual conversation,” Joubert explains. “The Datacentrix team really put its head on a block when it came to the proof of concept (PoC) project we rolled out last year.

The technology put forward is not typically used within the mining context, making it the first time in the world that underground distributed Wi-Fi has been attempted at this scale.”

According to Shawn Marx, business unit manager: converged solutions at Datacentrix the technology proposed to Two Rivers had to be ‘ruggedised’ to withstand the harsh mining environment, including blasting taking place underground.

It also needed to be customised to meet the client’s specific requirements, so an off-the-shelf type product was out of the question.

“Mines are dynamic environments that are always changing, and the solution needed to be able to adapt as the mine evolves and, as the face moves forward, so does the infrastructure.”

After testing several potential scenarios, the most effective solution comprised the use of Wi-Fi. “This particular PoC leverages the cost effectiveness and ease of integration of Wi-Fi,” Marx adds.

The distributed architecture installed at Two Rivers Platinum incorporates a central access point capable of connecting up to 48 easily-installable remote antennas. The benefit of this technology is that it makes use of a single frequency network, so all antennas and end points connect on the same channel, therefore reducing interference.

The smart antennas provide for Wi-Fi 6, the great enabler for convergence between information technology (IT) and operational technology (OT) networks, while enhancing signal strength and coverage area within specific spaces. They are also equipped with Bluetooth 5, used for location-based services.

“This proof of concept with Datacentrix was the first time in 10 years in the board and pillar mining industry that we’ve made a breakthrough with underground communications,” states Joubert.

“While previously we have not been able to achieve a stable network, we’re now seeing very reliable communication coming from underground.

“It’s live, immediate and working – to the extent that we can now even run virtual meetings underground.”

One of the major values realised via the PoC to date is the enablement of location-based services. The project incorporates a service engine that provides location tracking as well as triangulation, which is able to distinguish between machine, man, and other assets within the mine. The tracking function used can display patterns, such as employee routines for specific days, heat mapping for certain times, and also extensive contact tracing functionality for added health and safety benefits.

“Communications are immediate, and technicians are empowered to carry out faster fault finding and closing out. Equipment, such as our underground mining load haul dump (LHD) loader, boom drill rig and utility vehicles, is also feeding live data, so the status of each machine is available for proactive maintenance purposes, from diesel running low to an engine over-heating.

“In addition, emergencies can now be fast tracked via the Wi-Fi network. Where previously the control room may not have been able to envisage the issue, now both video footage and photos can be communicated, accelerating the right response.

“We believe that these advantages will completely set Two Rivers Platinum apart going forward, as our improved ability to react to challenges makes fully autonomous mining a possibility, as well as providing us with access to even greater innovation. This technology is set to take mining into the future,” says Joubert.

“Datacentrix’ strong relationship focus and its willingness to engage have again been brought to the fore. The company spent time learning about our particular challenges to find the right technology for Two Rivers and adapted it according to our unique needs. They really listened to us, understood the ecosystem, and were interested in what we wanted to achieve,” he concludes.

As a Huawei Gold Partner, Datacentrix provides Huawei’s portfolio of enterprise wireless solutions. Datacentrix has achieved its IT Certified Service Partner (CSP) 3-Stars certification from the global ICT infrastructure provider, further qualifying the company to better solve the challenges of digital transformation through the partnership.

Our specialist teams leverage the combined power of information and communications technologies to connect, transform, improve and future-proof business, supporting clients throughout their digital journey.

Datacentrix offers deep technical expertise across a mature offering, providing proven execution capability that is endorsed by the world’s foremost technology partners. With a strong African footprint, the company is recognised for its agility, in-depth industry knowledge, ethical practices and strong overall performance.

The company is a Level One (AAA) B-BBEE Contributor, with 135 percent procurement recognition. For more information, please visit www.datacentrix.co.za.

Two Rivers Platinum, a large underground platinum mine located in Steelpoort, Limpopo, has set up a reliable underground Wi-Fi network, providing wireless services to the rock face and full wireless coverage from the face to the tipping area. Photo by DataCentrix

To read the story on African Mining, click here.