A fascinating look at how SANParks’ digital transformation journey, which includes the rollout of SD-WAN technology to sites countrywide, some of which are fairly inaccessible. 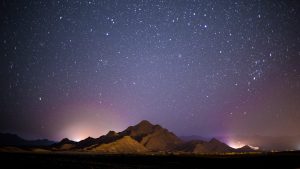 Following its appointment in 2018 by South African National Parks (SANParks), Datacentrix has been working on a number of projects to support SANParks in its digital transformation journey. This includes the national rollout of software-defined networking (SD-WAN) technology, one of the largest South African projects of its type, with more than 300 end devices.

“From a networking point of view, SANParks’ requirements are unique. One has to consider that its network of 19 parks is scattered across a combination of coastal, arid, mountain and bushveld environments, covering more than four million hectares over seven provinces and making up 67% of the land under formal conservation in South Africa. Most of these national parks are fairly inaccessible, meaning that communications are – at best – difficult,” says Jaap Scholten, chief operating officer (COO) at Datacentrix, eNetworks, an ISP and network specialist.

“SANParks’ mandate for the new network was to drive a more reliable, high-speed and cost-effective network that minimised reliance on high-latency connectivity, such as satellite communications,” explains Scholten.

“The dramatically changing technologies and SANParks’ digital strategy workload resulted in a decision to go the SD-WAN route, allowing the organisation to reap the benefits afforded by this type of solution, including centralised management and simplified remote location connectivity.

“Besides providing the foundation for SANParks’ data centre, cloud strategy, security operations, IoT and data management, enterprise voice and so on, the new network will also support the organisation’s planned changes over the next few years to its hospitality, payment, and enterprise systems, as well as to the call centre, aligning more towards remote working.

Why SD-WAN was the right fit for SANParks

One of the major advantages of SD-WAN for SANParks, Scholten discloses, has been its simplified installation. “Appliances deployed at remote sites with scarce resources, as is the case with SANParks, do not require a technician or engineer on site. The devices are easy for any staff member to install, downloading its own configuration when connected to the internet, and becoming part of the network. They are also fan-less, with no moving parts, which means that they don’t take in the dust, and also don’t require cooling, all of which are critical points for deployment in these regions.”

“The central management benefit has really come into play. In fact, it took us just one day to upgrade 130 lines once approval was received, something that would previously have taken months.

“Another example of the power of SD-WAN was the upgrade of SANParks’ head office in Groenkloof National Park (Pretoria) to cloud services for off-site backups. Datacentrix managed to triple the bandwidth within minutes, allowing the entire system to run into the new environment in under two weeks. Based on the prior state, this would have taken two months.”

Scholten continues: “As more of the organisation’s infrastructure moves to cloud, we’re finding additional ways to make processes more efficient, such as enabling any hotel and conference centre staff member with an internet connection to log into the call centre to assist with overflow calls; and removing the requirements for disaster recovery within a fully redundant cloud environment. The long-term impact of this is massive, as it reduces the need for office space and infrastructure requirements.”

Datacentrix has previously supported SANParks in the following networking projects:

• Skukuza Safari Lodge: Datacentrix also undertook the implementation of Wi-Fi and telephony at SANParks’ Skukuza Safari Lodge in the Kruger National Park. Here, a state-of-the-art Wi-Fi and telephony network extends connectivity from the rooms to the on-site conference centre, improving efficiencies with a bandwidth increase from 40MB to 1GB per second. Analytical information on the movement of people within the hotel and its facilities can also now be provided.

• Pilot sites: Due to challenges linked to mobile operator infrastructure, Cape Point within Table Mountain National Park, for example, was experiencing issues around the processing of credit card payments for entrance to the park.

Datacentrix has put in a solid foundation here, including a microwave backup and Wi-Fi points to allow the payment system to run over secure Wi-Fi instead of a mobile network, dropping transaction times from minutes to seconds. The implementation allows for the faster processing of vehicles through the gate and also for analytics.

“As a trusted partner, Datacentrix has helped to empower SANParks to think differently moving forward, playing a critical role in the journey to take our service optimisation, maturity and innovation to the next level,” says Kamal Pillay, chief information officer (CIO) at SANParks.